About 5 million adults 65 and older have dementia. Though dementia is associated with getting older, it’s not a normal part of the aging process. Early diagnosis and treatment may prevent the worsening of symptoms. At Dymphna San Diego TMS, Inc., in Chula Vista, California, Ernest de Guzman, MD, Benjamin Gross, MD, and the team of experienced practitioners offer advanced tools and treatments to help those with dementia. Call the office or book an appointment online today.

Though dementia is more common in older adults, it isn’t a normal part of the aging process. Your diet, lifestyle habits, and medical history may increase your risk of developing dementia.

What are dementia symptoms?

Dementia may affect different parts of the brain, and symptoms may vary. Some of the common signs include:

If you or someone you love is experiencing these symptoms, the health care experts at Dymphna San Diego TMS, Inc., can help. Depending on the underlying cause, dementia may be reversible.

What are the common causes of dementia?

Many health conditions cause dementia. The most common include:

Alzheimer’s disease is the most common cause of dementia. It develops from specific changes in the brain that damages neurons and the fibers that connect them.

Vascular dementia occurs when there’s a change in blood supply to the brain.

Lewy bodies are abnormal clumps of protein found in the brain that may cause visual hallucinations or difficulty focusing. Lewy body dementia is a progressive form of dementia.

Frontotemporal dementia involves the degeneration of the nerve cells found in the brain’s frontal and temporal lobes. This type of dementia may cause changes in personality and behavior.

Many people may have mixed dementia, which means the change in brain activity occurs from many causes such as Alzheimer’s disease, vascular dementia, and Lewy body dementia.

Medications, nutrient deficiencies, and hormone imbalance may also cause dementia symptoms. These causes are considered reversible forms of dementia.

How is dementia treated?

Treatment of dementia depends on the underlying cause. For neurodegenerative types of dementia, such as Alzheimer’s disease and Lewy body dementia, treatment focuses on protecting the brain from further damage and managing symptoms.

To schedule a dementia consultation for you or your loved one, contact Dymphna San Diego TMS, Inc. by phone or book online today.

We Treat the Following Conditions: 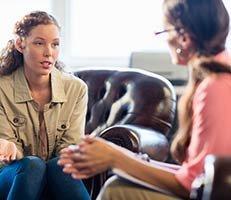 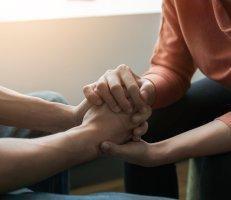 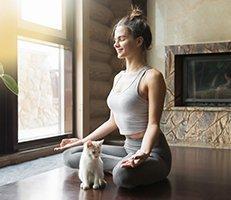 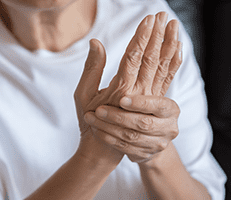 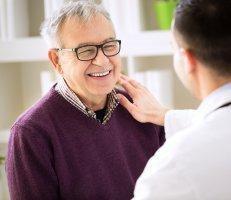 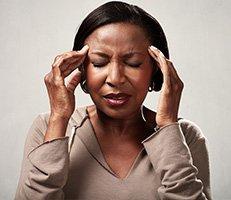 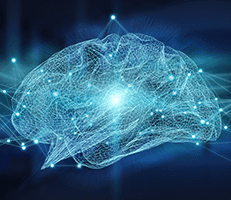